WALES, 5 Feb, 2016 – Phil Davies says Saturday’s visit of Premiership leaders Aberavon will give his RGC side an idea of the level they need to aspire to over the coming seasons.

RGC entertain the Wizards in the second round of the Swalec Cup at Parc Eirias, having seen off Championship strugglers Llanharan 93-0 at home in the opening round of the competition.

It couldn’t get much tougher for the North Walians, than a tie against the leading domestic side in Wales, Aberavon, who top the Premiership by a solitary point from Llandovery.

RGC have already claimed one Premiership scalp in their brief history, a 32-26 win at the Gnoll over Neath in last season’s first round, before being knocked out after a 47-7 loss at home to Cross Keys in the following round. The North Walians are pressing their claims for a place in next season’s top flight with the highest four placed sides who have been granted a Premiership A Licence in the Championship earning promotion. RGC currently sit in fourth place with a 13-point lead over Bargoed.

And former Wales international second-row Davies believes Saturday’s contest will give his side the insight into the level of competition they need to aspire.

“This is the benchmark that we want to get to,” said Davies. “And I honestly think in the next three or four years I am pretty confident that RGC can establish themselves as a Premiership team and who knows where we can go after that.

“There is a huge support for growing the team from the WRU point of view, from Conwy County Council point, and the North Wales public have been brilliant. This is a huge opportunity for us to grow, and these are the games we want.

“We played well against Neath last year, we had a tough game against Cross Keys. The Championship is strong, but the Premiership is even stronger still, so it is about developing our young players, but also about being able to bring the experience in with them to bolster the team and we are in a great position, but there is a still a hell of a lot of work to do.”

Assistant coach Josh Leach returns to the team to partner free scoring Tom Hughes in the centres, while Alex Schwarz keeps hold of the scrum-half position with Danny Cross at fly-half.

David Yates is in the squad for the first time after recently signing from Bala, with the region needing permission from the WRU to capture his signing.

RGC will be missing three promising youngsters with Cameron Davies, Tim Grey and Rhun Williams all on Wales under-20s duty, the latter having earned a place in the starting XV at full-back in Friday night’s clash at Donnybrook in Ireland.

Davies is missing six other key players through injuries, but see this game more as an opportunity to test themselves against the very best.

He added: “Its a tough game for us, but it is one I am looking forward to. I never make too much about injuries, but we have got three boys way with the U20s and we have got six players injured, so we have got nine players missing for us which is a bit of a shame, but we have got to get on with it.

“We have got a very young bench, David Yates has joined us from Bala who will be involved in his first game for us, and we’ve had special dispensation from the Union for that which has been gratefully received.

“Rhodri Parry, Luke Williams and Ianto Parry are all youngsters, so it is a very young bench, but we have got a strong starting team and we want to test ourselves, so it is a great opportunities for us to play the number one team in the Premiership.

“We are aspiring to grow and develop ourselves and I think as I’ve always said the team we have got, the youngsters within the group and some of the senior North Walian boys are doing a great job and hopefully everyone within the regon is proud of them.

“Tomorrow will be a big occasions, but also a big, big test for us, with the league leaders coming up here, it is a great opportunity for us.” 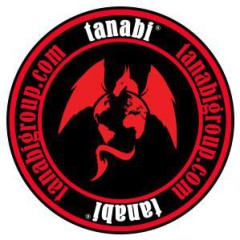