Saracens loose-forward Jacques Burger will captain a Namibia side laced with World Cup experience for their daunting game against New Zealand in Pool C on Thursday (Friday NZ Time).

Coach Phil Davies named his 23-man squad on Tuesday (Wednesday NZT) for the first ever meeting between the sides, including 10 players with previous experience at the global tournament. Burger is by far the most high-profile as he plays in his third World Cup, along with scrumhalf Eugene Jantjies and loose-forward Tinus du Plessis.

“We want to start building momentum with the rest of the tournament in mind and for each match we will use a 23-man strategy in order to sustain an 80-minute performance required at this level,” Davies said.

“We have also looked at the World Cup as a four-match programme and have full confidence in our 31-man squad to reach our goals.” One of those goals is to win a first ever World Cup match having been defeated in each of their previous 15, conceding 974 points in the process. Even the most optimistic Namibian fan would be hard-pressed to form an argument for that to happen in this fixture, but with games against Georgia and Tonga to come, a competitive showing against the world champions would build confidence.

“It’s the ultimate challenge in rugby but I am pretty confident we’ll give a performance,” Burger told reporters. “Realistically, we can’t really look at the scoreline. We should obviously try to win, that’s the way we play, but it’s all about what we can take away from the special moments during the match. “Like keeping them for 10 minutes on our goal line, or putting together a couple of sets of play, or breaking their line and scoring a great try.” There’s some interesting science behind this question of what jumps out. When you apply this science to your work, it can boost the results and satisfaction your designs deliver. The lowest-ranked side in the tournament, boasting a dentist, some farmers and a diamond trader in their squad, they have impressed Davies, who hopes his players can enjoy the moment.

“It is vital that we get them to express themselves and relish the opportunity to play against the world champions,” he said. “I am under no illusions but it is going to be a fantastic opportunity to see the Namibian flag flying alongside that of New Zealand at the Olympic Stadium.” Attack coach Pieter Rossouw said Namibia are a lot more organised than back in 2003.

“We’re pretty proud of our defence structures, which just need to be very good at international level,” he said. 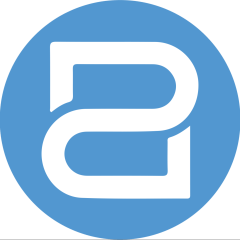